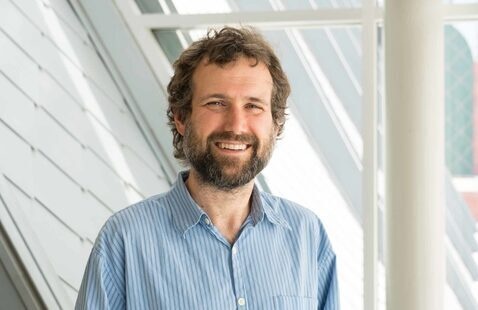 Performing Arts Building, 320 View map
Add to calendar
Save to Google Calendar Save to iCal Save to Outlook

https://www.wekaweb.org/js-bach-with-ian-pritchard/
View map
Add to calendar
Save to Google Calendar Save to iCal Save to Outlook

Harpsichordist Ian Pritchard presents a program of harpsichord music by Johann Sebastian Bach alongside the music of earlier composers that influenced him. This latter category includes pieces from the Möller manuscript, an important source of Bach’s keyboard music that was copied by his older brother, Johann Christoph, and music reflecting the “competing” French and Italian styles of the early 18th century. Specific works include Bach’s Chromatic Fantasy and Fugue, BWV 903 and Capriccio on the Departure of the Beloved Brother BWV 992, as well as works by Buxtehude and Reincken, and keyboard transcriptions of music by Vivaldi and Lully.

As for all our events, you’ll have an opportunity to ask questions of the performer and try the recital instruments yourself. At this event, a special demonstration of the harpsichord and its construction and action will be offered.

Ian is on the faculty at Colburn School Conservatory of Music in Los Angeles. His new J.S. Bach CD will be released soon. In addition to Bach, Ian works extensively in early Italian keyboard music and intavolatura.

Keyboard instructors and students are especially invited. Join us!

Location: The recital is held in the Performing Arts Building (PAB), Room 320. Park in the west parking lot off S.E. 28th Avenue, and enter the PAB. Head to the east side of the building, 3rd floor, to find the entrance to PAB 320.

Admission Information:
Free to WEKA members and to Reed College faculty, staff, and students
Regular admission $25 – $10 student admission
Payable at the door with cash or check