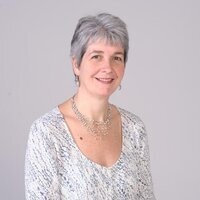 Get your tickets here.

Join us for an afternoon of the music of the Bach sons: Wilhelm Friedemann, Carl Philip Emmanuel, Johann Christian and Johann Christoph Friedrich. Brown will explore the expressive qualities in the music of Bach's children, who lived in a time of transition and change in musical taste. The fugues, sonatas, character pieces and fantasias, display both contrapuntal and galant characteristics, each one writing in a deeply moving and personal voice.

Julia Brown recently relocated to Grand Rapids, Michigan, after twenty years in Eugene, OR. She is currently the Director of Music and Organist at Mayflower Congregational Church in Grand Rapids. Her many recordings with Naxos, including works of W. F. Bach, J. S. Bach, Buxtehude and Scheidemann, have gained high critical acclaim. Reviews hail her as an "unquestionably first-class artist and superb technician... exceptionally sensitive", "the playing...projects a warmly musical personality."

Born in Rio de Janeiro, Brown studied piano, harpsichord and organ in her native Brazil before receiving her MM and DMA from Northwestern University as a student of Wolfgang Rübsam.

TICKETS
Tickets available at the door via cash, check and credit card.

Send your news items of interest to the early keyboard community – announcements of events,  reports of workshops and conferences, information about resources, etc. – to WEKA at news@wekaweb.org