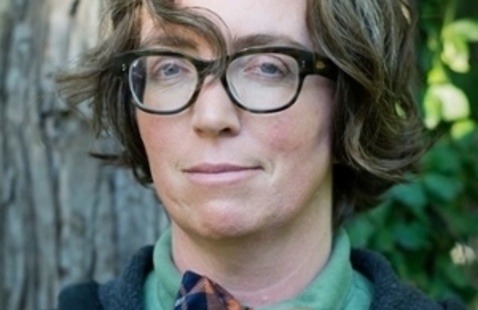 Eliot Hall, Chapel View map
Add to calendar
Save to Google Calendar Save to iCal Save to Outlook

https://www.reed.edu/creative_writing/visiting-writers/index.html
View map
Add to calendar
Save to Google Calendar Save to iCal Save to Outlook

Gabrielle Calvocoressi is the author of The Last Time I Saw Amelia Earhart, Apocalyptic Swing (a finalist for the LA Times Book Prize) and Rocket Fantastic, which will be released by Persea Books in September 2017. She is the recipient of numerous awards and fellowships including a Stegner Fellowship and Jones Lectureship from Stanford University, a Rona Jaffe Woman Writer's Award, a Lannan Foundation residency in Marfa, TX, the Bernard F. Conners Prize from The Paris Review, and a residency from the Civitella di Ranieri Foundation, among others. Her poems have been published in numerous magazines and journals including the New York Times, POETRY, Boston Review, and Kenyon Review. She is an Editor at Large at Los Angeles Review of Books, and co-curates the digital maker's space Voluble. She is working on a memoir entitled The Year I Didn't Kill Myself, and a novel, The Alderman of the Graveyard. She lives in North Carolina and teaches at the University of North Carolina at Chapel Hill.