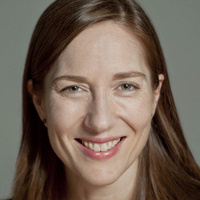 {CANCELED} Unbound: How Inequality Constricts Our Economy and What We Can Do About It

Do we have to choose between equality and prosperity? Many think that reducing economic inequality would require such heavy-handed interference with market forces that it would stifle economic growth. Heather Boushey, one of Washington’s most influential economic voices, insists nothing could be further from the truth. Presenting cutting-edge economics with journalistic verve, she shows how rising inequality has become a drag on growth and an impediment to a competitive United States marketplace for employers and employees alike.

Heather Boushey is the president, CEO, and co-founder of the Washington Center for Equitable Growth, which was launched in 2013. She is one of the nation’s most influential voices on economic policy and a leading economist who focuses on the intersection of economic inequality, growth, and public policy. Her latest book is Unbound: How Economic Inequality Constricts Our Economy and What We Can Do About It (Harvard University Press).

Sponsored by the economics department. Free and open to the public.