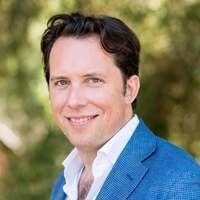 Toward a Critical History of Democracy in the Nineteenth Century

A talk by Stephen Sawyer, chair of the history department and co-founder of the History, Law, and Society program at The American University of Paris.

Previous studies have covered in great detail how the modern state slowly emerged from the early Renaissance through the seventeenth century, but we know relatively little about the next great act: the birth and transformation of the modern democratic state. Stephen Sawyer provides us with a fresh, transatlantic understanding of that political order’s genesis, and sheds new light on the subsequent reciprocal influence that American thinkers and politicians had on the establishment of post-revolutionary regimes in France. Sawyer argues that the emergence of a democratic state in France grew out of a democratic tradition born in the eighteenth century. In this conception, the social was conceived as a profoundly political set of relationships, which was distinct from concurrent, depoliticized conceptions of the social that developed under the guise liberalism such as civil society. The democratic state emerged then not as an institutional solution or principle of legitimacy that would overcome all injustices if ever fully realized, but rather as a critical engagement with a series of problems raised by the power of the political community over itself.

Sponsored by the history and political science departments. Free and open to the public.