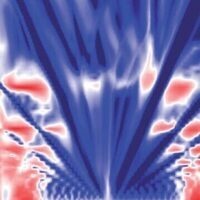 The Shape of the Quantum Realm

Spiros Michalakis, who helped crack the Quantum Hall problem, will discuss his work, which was widely hailed for its potential implications for quantum physics and quantum computing.

At the turn of the century, a list of thirteen significant open problems at the intersection of math and physics was posted online by the president of the International Association of Mathematical Physics. But with problems such as Navier-Stokes on the list, quick progress seemed unreasonable. Indeed, a decade later, with only one problem partially solved and despite the progress yielding two Fields Medals, the list was all but forgotten. Then, in 2008, as a young mathematician at Los Alamos National Lab, Michalakis was tasked with solving the second problem on the list, which asked for a rigorous explanation of the Quantum Hall effect, an important phenomenon in physics with applications to quantum computing and beyond. The solution, which would involve a deep connection between topology and quantum physics, would come a year later. Michalakis will share that journey in this talk, focusing on insights gained along the way about the relationship of mathematics to physics.

Spyridon (Spiros) Michalakis is a quantum physicist at the Institute for Quantum Information and Matter at Caltech University. He serves as the staff advisor for Caltech’s Chapter of InnoWorks and is a contributor to IQIM’s science blog, Quantum Frontiers. In addition, he served as scientific advisor for the movie Ant-Man, as well as the sequel, Ant-Man and The Wasp.

Sponsored by the department of mathematics. Free and open to the public.