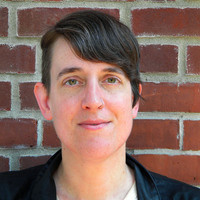 Is Kanye West the problem or the solution? Is Kanye a self-hating misogynist or a sui generis artist—or both, or neither? This talk will think about the career of the American rapper, songwriter, record producer, entrepreneur, and fashion designer as an instance in the longer history of blasphemy. Kanye West is known for many things, but perhaps none more prominently than his sacrilege. The man who rapped, "I made Jesus Walks, I'm never going to Hell," is also the man who said on TMZ: "When you hear about slavery for 400 years...for 400 years? That sounds like a choice." Situating his impiety in his artistry, placing his voice in the history of the African diaspora, American religious history, and pop culture prognostication, this talk suggests you can't understand this secular age without understanding Ye's particular brand of offense.

Kathryn Lofton is Professor of American studies, religious studies, history and divinity at Yale University, where she is currently serving as the Acting Dean of the Humanities and the Chair of the Department of Religious Studies. She is the author of two books, Oprah: The Gospel of an Icon (2011) and Consuming Religion (2017), and co-editor of a documentary collection, Women's Work: An Anthology of African-American Women's Historical Writings (2010).

Sponsored by the department of religion. Free and open to the public.

The Psychology Building is located on the east side of campus and corresponds with the West Parking lot, on the campus side.