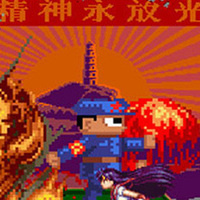 "The Chinese City as a Painted Scroll"

As elsewhere, cities in contemporary China are now understood through the use of digital media. The city has become virtual: it is often constituted through software and interfaces; its verbal and visual description relies on the vocabulary of new media. This talk looks at artwork made in China during the recent decade and in particular shows how the traditional form of the handscroll has been modified to interact with the new urban environment.

Yomi Braester is Lockwood Professor in the Humanities and Professor of Comparative Literature, Cinema, and Media at the University of Washington in Seattle. He is the author of Witness Against History (2003) and Painting the City Red (2010, Joseph Levenson Book Prize winner). He is also the co-editor of Journal of Chinese Cinemas.

Sponsored by the Chinese department. Free and open to the public.