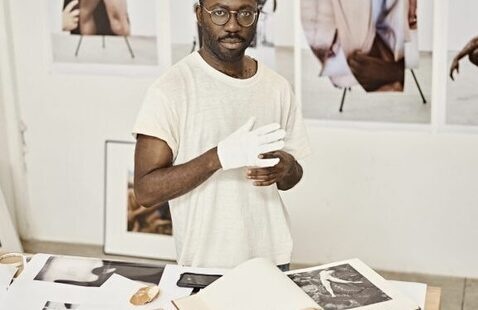 The Cooley Gallery, Reed College, and Converge 45 are pleased to present The Autopoets, the first exhibition of Facing Between Centers, Artistic Director Lisa Dent's three-year program that engages artworks as complex forms of aesthetic, cultural, and political choice. Dent explores how artist networks provide engagement and support, yet each artist makes work based on careful aesthetic and technical decisions, informed by multiple artistic and cultural communities. These interests are shared by co-curator Stephanie Snyder, who is invested in the work of artists such as Gregg Bordowitz and Wynne Greenwood, who use collage—combining moving image, material, and live performance—to crack the mirror between self and society, unleashing political and spiritual revelation. The exhibition title evokes the biological concept of autopoiesis and artists who create and recreate their own, evolving life-poetics outside of convention.

Roland Dahwen (Reed class of ’13) is a filmmaker and photographer whose work explores migration, race, and memory. For Converge 45, Dahwen exhibits a new film-based installation entitled Overseas that employs collage in various storytelling forms. The films in Overseas were created during the artist’s recent trip to Cuba. In Dahwen’s work, sound, image, and texture express a poetics of self in constant negotiation with ritual and history. In 2013, Dahwen founded Patuá Films, a studio and production house based in Portland, Oregon that creates films, installations, and music videos in collaboration with a wide range of interdisciplinary artists, musicians, and writers. Overseas is commissioned by the Cooley Gallery, and is part of the Portland Institute for Contemporary Art’s 2019 Time-Based Art Festival.