"The Art of the Jewish Family": A Discussion with the Author, Professor Laura Arnold Leibman 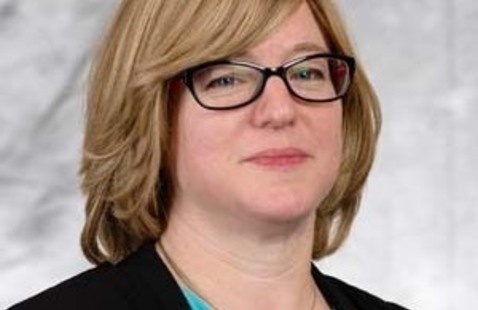 The Southern California Book Group invites all alumni to join them in welcoming Reed College Professor of English and Humanities Laura Leibman for our discussion of her 2020 National Jewish Book Award-winning The Art of the Jewish Family: A History of Women in Early New York in Five Objects. Professor Leibman will first talk about her research and writing of this book, and then open the conversation up to the group.

RSVP online and you will receive a confirmation email with the info you'll need to log in.

VIDEO: Book preview of The Art of the Jewish Family

You can find and purchase Professor Leibman’s book from a number of sources listed on her website.

A description of The Art of the Jewish Family from Bard Graduate Publications:

“In The Art of the Jewish Family, Laura Arnold Leibman examines five objects owned by a diverse group of Jewish women who all lived in New York in the years between 1750 and 1850: a letter from impoverished Hannah Louzada seeking assistance; a set of silver cups owned by Reyna Levy Moses; an ivory miniature owned by Sarah Brandon Moses, who was born enslaved and became one of the wealthiest Jewish women in New York; a book created by Sarah Ann Hays Mordecai; and a family silhouette owned by Rebbetzin Jane Symons Isaacs. These objects offer intimate and tangible views into the lives of Jewish American women from a range of statuses, beliefs, and lifestyles—both rich and poor, Sephardi and Ashkenazi, slaves and slaveowners.

“Each chapter creates a biography of a single woman through an object, offering a new methodology that looks past texts alone to material culture in order to further understand early Jewish American women’s lives and restore their agency as creators of Jewish identity. While much of the available history was written by men, the objects that Leibman studies were made for and by Jewish women. Speaking to American Jewish life, women’s studies, and American history, The Art of the Jewish Family sheds new light on the lives and values of these women, while also revealing the social and religious structures that led to Jewish women being erased from historical archives.”

Laura Arnold Leibman is Professor of English and Humanities at Reed College. She received her Ph.D. from the University of California, Los Angeles in 1995. Her general field of interest is religion and American culture prior to the American Civil War. She is the author of Indian Converts (U Mass. P. 2008) and numerous academic articles, including three articles co-authored with Reed students, one of which won the 2015 Wasserman Essay Prize from the journal American Jewish History. She known for her scholarship in Digital Humanities and regularly teaches courses in this area. In addition to being the chair of the Digital Media Committee for the Association of Jewish Studies, she served as the academic director of the award-winning, multimedia public television series American Passages: A Literary Survey (2003). Her book Messianism, Secrecy and Mysticism: A New Interpretation of Early American Jewish Life (Vallentine Mitchell 2012) won a Jordan Schnitzer Book Award and a National Jewish Book Award, and was a Choice Outstanding Academic Title. She has been a Fulbright scholar at University of Panama and Utrecht University (Netherlands) and was a visiting fellow at Oxford University in 2017. She is currently a Distinguished Lecturer for the Association of Jewish Studies. Her current book project uses material culture to explore the topic of Jews and race during the emancipation debates that swept the Americas in the 1790s-1830s.