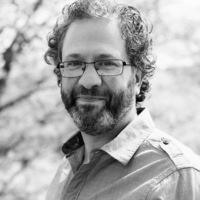 Sponsored by the division of literature and languages. Free and open to the public.

Vollum is situated on the north end of Eliot Circle.