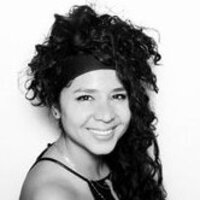 Carmen García '11 is a documentary director who has produced projects around the world for Netflix, Showtime, A&E, CNN, NBC, and others. She began her film career in New York with the Emmy-award winning series on climate change, Years of Living Dangerously (Showtime). García is currently developing a documentary feature for Netflix.

Maya Scherr-Willson ‘13 is an executive producer at Pimienta Films, a Mexico City-based, independent film production company. She has collaborated on Birds of Passage by Cristina Gallego and Ciro Guerra, which opened the Director’s Fortnight at Cannes in 2016, and served as production executive for Alfonso Cuarón’s Roma, which won the Golden Lion at the Venice Film Festival.

Roland Dahwen Wu '13 is a filmmaker and visual artist whose work explores migration, race, and memory. His films and installations have shown at CalArts, Portland Art Museum, Time Based Art Festival, and numerous galleries. Roland was a 2018 artist-in-residence in Portland Institute for Contemporary Art’s Creative Exchange Lab and a recipient of the Oregon Media Arts Fellowship.

Reception to follow in the Performing Arts Atrium, 3rd floor
Free and open to the public.
Sponsored by the Office of the President, the Center for Life Beyond Reed, the Office for Institutional Diversity, the Division of Literature and Languages, and the departments of Spanish, English, Russian, Chinese, German, and French