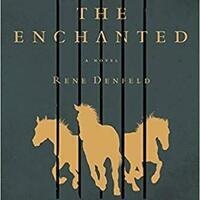 Join the Southern California chapter as we read Rene Denfeld's The Enchanted.

About the book - from Booklist

In her evocative first novel, Denfeld, a boxer and author of the hard-hitting nonfiction book, All God’s Children: Inside the Dark and Violent World of America’s Street Families (2007), seeks to revolutionize our perception of convicts. One of three nameless narrators, a man on death row, states that prison is a place of enchantment. He convincingly describes the mythic beauty of his dank dungeon before introducing the other two mysterious speakers, the jail’s fallen priest and a woman hired to exonerate the condemned men. Referred to only as “the lady,” she serves as the plot’s catalyst. She is enlisted to spare an inmate named York, who was doomed to misery long before he became a criminal. Denfeld’s humanizing of the potential for horror that is within all of us and her insistence that the reader see the beauty in the darkest corners of life sizzles through her sharp prose, which both makes us flinch and invites us to imagine. Those familiar with the world of corrections will especially appreciate Denfeld’s nuanced portrait of prison life. --Amber Peckham

RSVP to Wayne Clayton ’82 for the address: wayne.clayton@alumni.reed.edu

The home of Lisa Gillette ’78 RSVP for address