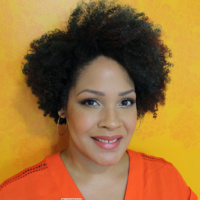 So You Want To Talk About Race? A Conversation with Author Ijeoma Oluo

MLK Day of Engagement Speaker
A book signing and reception will follow the public lecture, in Vollum lounge.

Ijeoma Oluo is a Seattle-based writer, speaker, and internet yeller. Her work on social issues such as race and gender has been published in The Guardian, The Washington Post, and more. Her New York Times bestselling first book, So You Want to Talk about Race, was released in January 2018. Oluo was named one of The Root's 100 Most Influential Americans in 2017 and 2018 and is the recipient of the Feminist Humanist Award 2018 by the American Humanist Foundation.

Free and open to the public.  ASL interpretation provided.

Co-sponsored by the Office for Institutional Diversity, Students for Equity, Education, and Direct Service (SEEDS), the Multicultural Resource Center, and the Office for Student Engagement.

Free copies of So You Want to Talk about Race are available to Reed community members only in Eliot Hall 312, M-F, 9am-4pm. Limited copies are available and will be on a first-come, first-served basis.