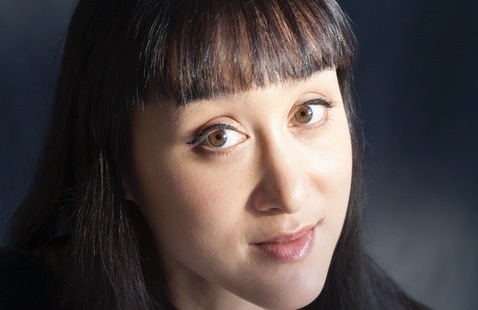 Tonight's program will include "Vashti, or the Whole Megillah" (1997), "Scenes from Adolescence" (1987), and "Divertimento from Gimpel the Fool" (1982) and will feature mezzo-soprano Hai-Ting Chinn and clarinetist David Shifrin. Co-presented with Chamber Music Northwest.

Clarinetist David Shifrin is active as an orchestral soloist, recitalist and chamber music artist. Artistic Director of CMNW since 1981 and of the Chamber Music Society of Lincoln Center in New York from 1992 to 2004, Mr. Shifrin was a winner of the coveted Avery Fisher Prize in 2000, Yale University’s Cultural Leadership Citation in 2009 and the 2012 Interlochen Center for the Arts Ovation Award for distinguished alumni. He has appeared with such distinguished ensembles as the Guarneri, Tokyo, and Emerson string quartets, and with major symphony orchestras worldwide including Philadelphia, Minnesota, Detroit, Dallas, Houston, Milwaukee and Denver. A frequent guest at numerous summer festivals, Mr. Shifrin has appeared at the Mostly Mozart Festival at Lincoln Center and the Kennedy Center, performing the Mozart Clarinet Concerto in its original version. His Delos recording of this concerto received a Record of the Year award from Stereo Review, and he has been nominated for three Grammy awards. A graduate of the Interlochen Arts Academy and Curtis Institute of Music, he is professor of music at Yale University, artistic director of the Chamber Music Society at Yale series, the “Yale in New York” series at Carnegie Hall and the Phoenix (winter) Chamber Music Festival. In addition to his extensive catalogue on Delos, Mr. Shifrin has recorded for the Angel, RCA, Nonesuch, Arabesque and CRI labels. David Shifrin is a Backun Artist and performs on MoBa clarinets.

Mezzo-soprano Hai-Ting Chinn performs in a wide range of styles and venues, from Purcell to Pierrot Lunaire, Cherubino to The King & I, J.S. Bach to P.D.Q. Bach. She has performed with New York City Opera, The Wooster Group, OperaOmnia, Orpheus Chamber Orchestra, Israel Philharmonic, Orchestra of St. Luke’s, the New York Collegium, the Waverly Consort; and on the stages of Carnegie Hall, the Mann Center in Philadelphia, the Edinburgh Festival, the Verbier Festival, London’s West End and Grimeborn Festival, and the Resonant Bodies Festival. She is also the creator and performer of Science Fair: An Opera With Experiments, a staged show of science in song. Of mixed Chinese and Jewish ancestry, Hai-Ting is a native of Northern California and currently resides in New York City.

Now in its 49th season, Chamber Music Northwest, led by Artistic Director David Shifrin, serves thousands of people in Oregon and SW Washington with exceptional chamber music through over 100 events annually, including its flagship five-week Summer festival, concerts in alternative venues, outreach activities, educational programs, broadcasts, and innovative collaborations with other arts groups. CMNW is the only chamber music festival of its kind in the Northwest and one of the most diverse classical music experiences in the nation, virtually unparalleled in comparable communities.