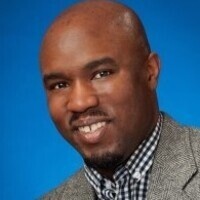 Abstract: According to the organizational-activational hypothesis, early in development hormones organize the brain in such a way that, during puberty, the emergence of sex-typical patterns of reproductive/social behavior is facilitated. However, recent evidence suggests that a key player may be missing from this developmental model, the gut. In songbirds, the first two weeks of life post-hatching are critical to both the organization of the brain and social behaviors related to reproduction in adulthood. We treated 5-day old songbirds (zebra finch, Taeniopygia guttata) with antibiotics (dissolved in drinking water) or water for 10-days. After the birds reached adulthood, they were group housed and social behaviors (including aggressive, affiliative, and singing behavior) were observed. Preliminary data suggests that affiliative behaviors increase in male birds and aggressive behaviors decrease in female birds in response to treatment with antibiotics perinatally compared sex-matched controls. The rate of singing was not affected by treatment (male birds only).

Student Lunch: Students are also invited to join Melivin Rouse at noon on Friday before the afternoon seminar. Spots are limited, so early RSVPs are encouraged. RSVP here to join the student lunch.