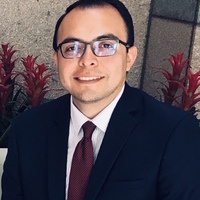 In the age of hashtags, it's very likely you have come across one of the following: #NoDAPL, #ProtectChaco, #ProtectBearsEars, or maybe even #Landback. Do you know what these hashtags mean?
While some may be obvious, like #NoDAPL referring to the Dakota Access Pipeline protest, others may be less so. What they all share in common are efforts by Indigenous peoples to protect their communities, ancestral homelands, and sacred sites from any number of immediate threats.  The ongoing interaction between Indigenous communities and their homelands is a complex and sacred connection, often misunderstood or overlooked by the public, policy makers, and industry. Yet, it is these cultural landscapes that are often under threat, that are critical to the survival of Indigenous people.  Aaron Sims, a member of the Pueblo of Acoma, shares some of his experience as an attorney working with tribes in New Mexico to protect their cultural landscapes and the impact that federal policy has on these efforts.
Biography: Aaron Sims is an attorney at the Chestnut Law Offices, P.A. in Albuquerque, New Mexico. Aaron's practice focuses on general counsel representation for the Pueblo tribal governments and organizations.  He works extensively, and is especially interested, in efforts to protect Pueblo cultural resources. As a result, Aaron works on a variety of matters to protect cultural resources through the Native American Graves Protection and Repatriation Act, the National Historic Preservation Act, and related federal statutes.
Aaron is a graduate of Dartmouth College where he received a bachelor's degree in Government and Native American Studies.  He then attended the University of New Mexico School of Law, where he received his Juris Doctor with a certificate in Indian Law.