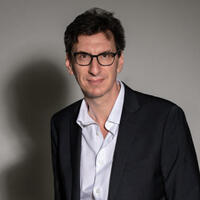 *THIS EVENT HAS BEEN CANCELED*

"Realism and Utopia in The Authoritarian Personality"

Co-authored by Theodor W. Adorno in cooperation with other European and American social scientists, The Authoritarian Personality was first published seventy years ago in 1950, and has just been republished this past fall by Verso Press with a new introduction by Peter E. Gordon.  A landmark in political psychology, it is a massive and multifaceted work that purports to explain the psychological susceptibility of individuals to fascist propaganda.   Even today, the deeper implications of the book continue to fascinate and inspire, and, in recent years, with the rise of neo-fascist or authoritarian-populist movements across the globe, its significance has only grown.  In this lecture, Gordon will offer some introductory reflections on The Authoritarian Personality, and will help bring into focus some of its more intriguing implications for critical theory.

Peter E. Gordon '88 is the Amabel B. James Professor of History, Faculty Affiliate in the Department of Germanic Languages and Literatures, and Faculty Affiliate in the Department of Philosophy at Harvard University. He is a critical theorist and an historian of modern European philosophy and social thought, specializing in Frankfurt School critical theory, phenomenology, existentialism, and Western Marxism.  He has published major works on Heidegger, the Frankfurt School, Jürgen Habermas, and Theodor W. Adorno.

Sponsored by the political science department. Free and open to the public.