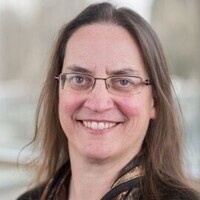 "The Colonial and the Imperial"

Scholars, particularly those engaged in post-colonial scholarship, routinely argue that colonialism and imperialism are indistinguishable in the history of western political thought and practice. Arneil argues colonialism is different from imperialism even as they overlap and intersect both conceptually and historically. Analyzing the differences between the two rooted in their distinct etymological origins, Arneil then turns to examine when and how they became conflated and concludes with a discussion of why the distinction matters both conceptually and historically.

Barbara Arneil (Ph.D, London) is interested in the areas of identity politics and the history of political thought. She has published a number of books including her most recent book, Domestic Colonies (OUP, 2017). Barbara Arneil is currently President of the Canadian Political Science Association.

Sponsored by the political science department. Free and open to the public.

The college is following the advice of Oregon Health Authority (OHA) and the CDC for mass gatherings and large community events to help protect the health of event participants and our community. Some programs and events at Reed may be canceled or postponed due to COVID-19 prevention. Prior to attending an event, we strongly encourage you to check Reed’s events calendar listing for the most current information on the status of each event. Contact the office in charge of the event or Conference & Events Planning with questions.