Physics Seminar - "Chaos and Bifurcations in a Monopole Ion Trap" 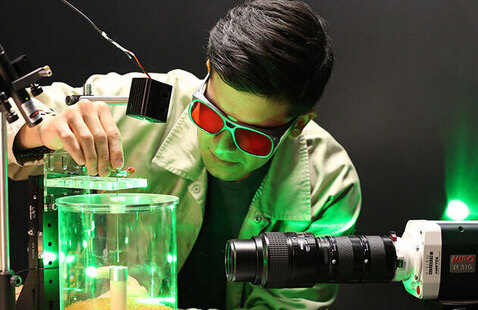 The theory and practical design of a monopole ion trapping system will be presented, along with experimental observations of nonlinear motion of a single charged polyethylene microsphere in the trap. The mechanism for ion trapping will be explained and a numerical integration of the ion's equation of motion in the nonlinear monopole electric field will be shown to predict period-doubling bifurcations in the ion’s motion, leading to a regime of chaotic motion. Experimental observations will then be presented, which confirm these theoretical predictions. For these observations, the ion motion was captured using a high-speed camera acquiring images at 2360 frames per second. These data yield time series, phase space portraits, and power spectra of the ion motion under a range of applied voltages, which will be shown to exhibit a period-doubling route to chaos as well as a period-3 window within the chaotic region.

Faculty Students Open to the Public