No Face, No Case: Portraiture’s Breaking 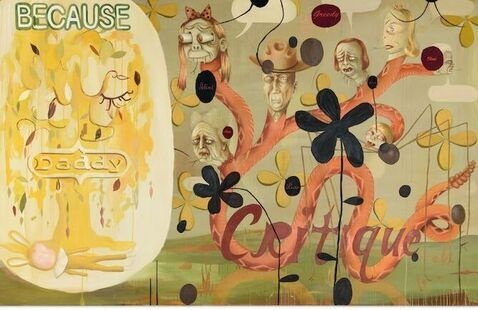 Library, Cooley Gallery View map
Add to calendar
Save to Google Calendar Save to iCal Save to Outlook

Open to current Reed College students, faculty, and staff by appointment only. Email cooley@reed.edu to schedule an appointment.

Part of the Portland Institute for Contemporary Art’s 2021 Time-Based Art FestivalOrganized by the curators of the No Face, No Case Collective

How do we relate to images of the self when the self is in a state of breakdown? How do we contend with artworks that claim to represent others? These are some of the central concerns of the Cooley Gallery exhibition No Face, No Case: Portraiture’s Breaking. Composed of painting, photography, sculpture, and video, the works in the exhibition confront portraiture’s complex historical status as a site of power, capital, and innocence. Made by a group of visionary artists between 1990 and 2005, the works in No Face, No Case demand a reconsideration of portraiture’s agency and legibility. The works also speak to police and government surveillance tactics intended to accuse individuals by capturing their faces. So while many of the works in No Face, No Case do not look or feel like portraiture, they all force an encounter with the broken self.

The works in the exhibition were donated to the Reed College Art Collection by the Peter Norton Collection. Peter Norton is a Reed College alumnus (class of ’65), emeritus trustee, celebrated arts patron, and philanthropist who became a serious art collector in the early 1990s, commissioning the work of LGBTQ+ and BIPOC artists during the AIDS crisis and the Culture Wars, and supporting major museum exhibitions—most notably the Black Male exhibition organized by Thelma Golden, which took place at the Whitney Museum of American Art in 1994.

No Face, No Case: Portraiture’s Breaking  was organized by the No Face No Case Collective—the students and faculty of the fall 2020 Reed College Art History course Making an Exhibition, including Cooley curator Stephanie Snyder. The collective carefully researched and considered the more than seventy works of art donated to the college by Norton. This included the identification of art historical, philosophical, and critical texts that influenced the conceptual underpinnings of Norton’s collecting project, and the exhibition. The curators’ experience of organizing Making an Exhibition was incontrovertibly influenced by the Covid-19 pandemic, and the national reckoning with anti-black racism that defined 2020. Working over Zoom, the curators struggled to communicate through the software’s often pixelated, uncanny environment. These conditions mirror the increasingly refracted, fragmentary, and violent nature of contemporary visual culture.