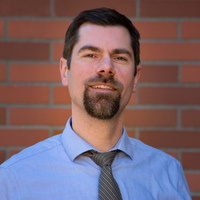 Metaphysical Indeterminacy and the Concept of Physicalism

Join us for a Philosophy Collquium with Ryan Wasserman of Western Washington University.

Imagine a widely scattered collection of sand grains that are slowly swept together to form an ordinary heap. At the beginning of that process, it is clear that these grains of sand do not compose a heap; at the end, it is clear that they do. In between, there will be many points at which it is unclear - or, as we might say, indeterminate – whether or not the relevant grains of sand compose a heap. Wasserman's talk argues that this kind of indeterminacy is the result of probabilistic laws of metaphysics, in much the same way that unclarity about the future of a physical system is generated by the probabilistic laws of nature. It is further argued that this view of indeterminacy challenges the traditional understanding of physicalism and helps to defend that doctrine against one popular line of attack.