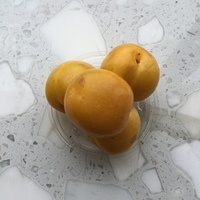 Making a Cuisine-System Out of Foodways: Ethnicity, Regional Identity, and Cultural Pride in Northeastern China

Both the foods of the Han and non-Han ethnic groups in Northeastern China are commonly excluded from the traditional Chinese system of region-based "cuisine-systems," raising the question of whether and why they are exceptional. This talk examines the regulation of officially defined ethnic identity in modern and contemporary China, demonstrates the fluidity of identity in China's Northeast region, and elucidates the experiences of shared resources and cultural knowledge among peoples of this borderland between China and Russia. Kim's talk will be based on both "traditional" documentary research and ethnographic fieldwork as well as a "knowledge-exchange" component (a kind of social activism or advocacy).

Loretta Kim is assistant professor and coordinator of the China Studies program at the School of Modern Languages and Cultures, University of Hong Kong. She is a historian of late imperial and modern China. Her primary research areas include the comparative history of borderlands and frontiers, and Chinese ethnic minority languages and literatures. Kim is the author of Ethnic Chrysalis: China’s Orochen People and the Legacy of Qing Borderland Administration (2019).

Sponsored by the departments of Chinese and history. Free and open to the public.