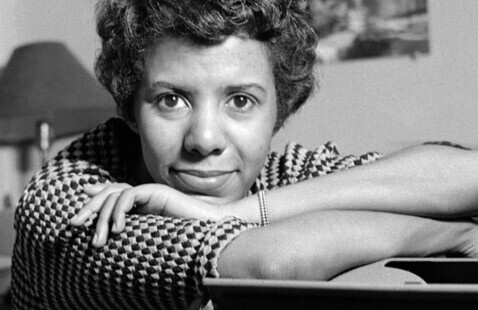 Join us for a screening of this 2018 film by Tracy Heather Strain.

Lorraine Hansberry’s groundbreaking play A Raisin in the Sun remains a beloved theatrical jewel, but the story of its author is not widely known. This documentary explores the life and work of Hansberry, a queer writer of color and passionate civil rights advocate who played a significant role in the major cultural and political movements of her time. On-camera interviews and rare archival material create a nuanced portrait of an activist and artist whose words and ideas are as relevant today as they were when she first wrote them. This screening marks the sixtieth anniversary of the premiere of A Raisin in the Sun on March 11, 1959.

Introduced by Kate Duffly, Associate Professor of Theatre. Presented by American Studies and co-sponsored by the theatre department, English department, Gender Studies Consortium, Comparative Race and Ethnic Studies, and Office of Institutional Diversity, with generous support from the Hauser Library.

Free and open to the public