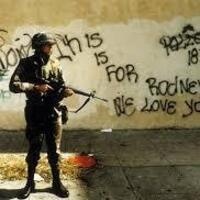 A documentary film by John Ridley.

On April 29, 1992, a Simi Valley jury acquitted four white Los Angeles Police officers charged in the videotaped beating of African American motorist Rodney King. Outrage at the verdict and at prolonged LAPD policing practices in black communities boiled over into devastating unrest, with South Central Los Angeles as its epicenter. Directed by John Ridley, executive producer and screenwriter of 12 Years a Slave, this documentary commemorates the 25th anniversary of the verdict and the uprising, freshly illuminating these explosive events as the culmination of a decade of unfolding conflicts and human lives across multiple ethnic communities.