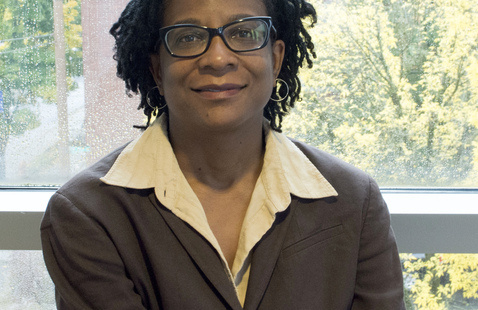 Kim M. Williams (Ph.D. 2001, Cornell University) is associate professor of Political Science at Portland State University. Her research and teaching focus on social movements, immigration, and racial politics in the United States. Her book, Mark One or More: Civil Rights in Multiracial America (University of Michigan Press, 2006), shows that even modest social movements can have profound effects on public policy.  Among other places, her work has appeared in Studies in American Political Development, Du Bois Review: Social Science Research on Race, Daedalus, Frontera Norte, and the Journal of African American Studies.

Williams was an assistant professor at the Harvard Kennedy School from 2000-2010. She served on the U.S. Census Advisory Committee on the African American Population from 2008-2011. Recently, she was a Fellow at the Center for Advanced Study in the Behavioral Sciences at Stanford University (2018-19), where she began work on a project about the Black Lives Matter movement and the elections of 2016 and 2020.

If you're interested in attending, please register at our Eventbrite page or contact Emily Hebbron at hebbron@reed.edu