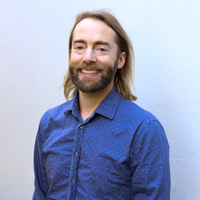 We are living in the age of the Anthropocene, in which human activities are recognized for effecting potentially catastrophic environmental change. In his forthcoming book, Herodotus in the Anthropocene, Joel Alden Schlosser argues that our current state of affairs calls for a creative political response, and he finds inspiration in an unexpected source: the ancient writings of the Greek historian Herodotus. Focusing on the Histories, written in the fifth century BCE, Schlosser identifies a cluster of concepts that allow us to better grasp the dynamic complexity of a world in flux.

Joel Alden Schlosser teaches political theory at Bryn Mawr College. Previously, he held the Julian Steward Chair in the Social Sciences at Deep Springs College. He has published numerous essays on ancient political thought, politics and American literature, and pedagogy. He is also the author of What Would Socrates Do? Self-examination, civic engagement, and the politics of philosophy (Cambridge, 2014).

Sponsored by the department of political science. Free and open to the public.