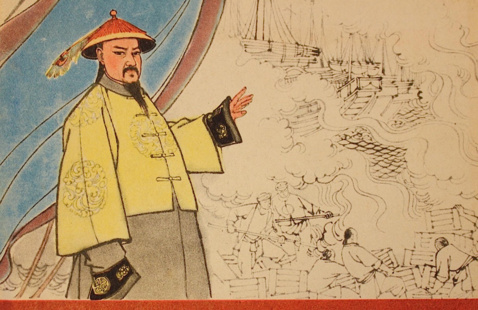 The Opium War (1839-1842) between China and Great Britain appears in virtually every telling of nineteenth-century world history. No individual, Chinese or British, looms larger in the event than Lin Zexu. Hand-picked by the emperor from among the empire’s best and brightest officials, Lin arrived in the southern coastal city of Guangzhou in March 1839 to serve as Imperial Commissioner on Opium Affairs. Within three months, he confiscated and destroyed over 2 million pounds of opium and by the end of the year persuaded the emperor to issue an edict renewing the ban on all opium trade and production in China. In this talk, David G. Atwill explores the complicated question of Lin’s tactics to end the opium trade, the ways the British attempted to justify their actions, and how Lin’s actions have been interpreted in the century and a half since the war.

Professor David G. Atwill is a Professor of History at Penn State University where he teaches a variety of courses on China, Tibet, and world history. He is the author of Islamic Shangri-la, co-author of Sources in Chinese History, and author of a forthcoming biography on the Chinese scholar-official Lin Zexu.

Sponsored by the history department. Open to the Reed community only. Masks required.