Gregg Bordowitz: I Wanna Be Well 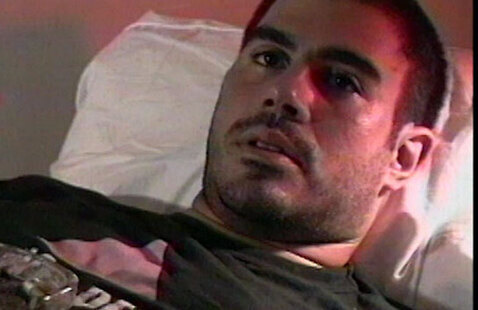 The exhibition is curated by Stephanie Snyder and is part of the Portland Institute for Contemporary Art’s 2018 Time-Based Art Festival. Free and open to the public.

I Wanna Be Well features Bordowitz’ seminal films and activist materials; rarely-seen sculptures and drawings; books, essays, and poetry; personal ephemera; and recent performance films. The title of the exhibition pays homage to the infamous punk band the Ramones, and to their 1977 album Rocket To Russia which renewed vitality to rebellion against apathy at the close of the 1970s. The Ramones’ aesthetics of humor, speed, and formal simplicity were early inspirations for Bordowitz. It was also in 1977, before the AIDS epidemic, when conservative entertainer Anita Bryant wielded her celebrity to promote anti-gay propaganda, resulting in public outrage.

Born in Brooklyn in 1964 and raised in Long Island, Queens, Bordowitz moved to Manhattan’s East Village when he was eighteen and came of age during America’s last great analog era, when independent book and record shops dotted the streets, and graffiti-covered pay phones hugged the hallways of discos and dive bars. New York City was Bohemian, electric: high fashion, glam, the nightclub scene, and punk surged through the city’s veins, fueled by a speedball of deregulation and indulgence—in everything.

But as postmodernism, feminism, and multiculturalism assayed the canon, AIDS began claiming lives and the legislative disciplining of the “infected” body became part of an extant conservative agenda to oppress labor, social equity, and freedom of expression. In New York in the ’80s, the choice was clear: act up or die. Diagnosed with HIV before the availability of antiretroviral drugs, Bordowitz devoted himself to activism, artistic expression, and health education.

Over the last thirty years, Bordowitz has marshalled his prodigious intellect and artistic vision to analyze and confront oppression, shame, prejudice, and death—working across interrelated forms including film, essays, poetry, lectures, plays, and live performance. These investigations have allowed Bordowitz to assume different subject positions while addressing illness, existence, and love with profound intimacy and introspection. Bordowitz continually turns diverse theories and cultural phenomena (psychoanalysis, medicine, Judaism, TV, music, to name a few) onto the body, and, by extension, the unconscious and the spiritual. Over the years as Bordowitz has turned his poetics and camera lens inward, he has examined rituals of living with HIV, often in relation to popular images of disaster and cultural spectacle: crashes and pratfalls, in particular.

Seeking to reach the largest possible audiences, Bordowitz has deployed the language of television to create internationally celebrated films about the culture and politics of the AIDS epidemic, intended, in Bordowitz’s words, “... to facilitate moves toward the treatment and cure of AIDS, the distribution of HIV-prevention education, and the protection of civil rights.” Bordowitz’ films, writings, and performances share a concern with pedagogies of healing and learning, while embracing doubt and vulnerability.