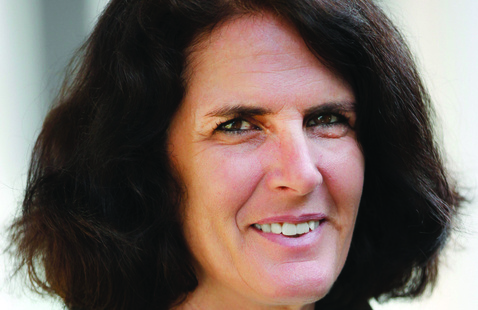 As feminine figures, Joseph and Esther are groomed to please, concealing their identities in the foreign imperial court. Yet Esther gradually sheds her ‘feminine’ persona, while Joseph becomes more ‘masculine’ behind the Egyptian mask.  We will consider the relationship between gender performance and personal transformation as Joseph and Esther negotiate their shifting identities as Jews in the Diaspora.

Professor Rachel Adelman ’85 teaches Hebrew Bible and Midrash at Hebrew College in Boston. After completing an M.A. in Hebrew Bible, Adelman earned her Ph.D. in Hebrew Literature with a specialty in Midrash at the Hebrew University of Jerusalem. She has taught Jewish Studies at the University of Toronto and Miami University in Ohio and lectured widely in North America, Israel, and England. Her first book, The Return of the Repressed: Pirqe de-Rabbi Eliezer and the Pseudepigrapha (Brill 2009) examines mythic narratives excluded from the rabbinic canon and preserved in an eight-century apocalyptic eschatological text. In the first full-length study of female subterfuge in the Hebrew Bible, The Female Ruse — Women’s Deception and Divine Sanction in the Hebrew Bible (Sheffield-Phoenix Press, 2015), Adelman argues that female tricksters in biblical narrative steer history and enable transformation. She is also a published poet.

Free and open to the public. Sponsored by the English and religion departments and Humanities 110. Pre-lecture reception at 4:30 p.m. Lecture begins at 5:00 p.m.

Please read the Book of Esther and Genesis chapters 37-45 (the Joseph story) in advance.