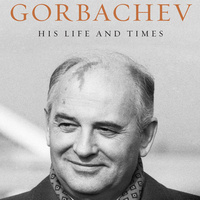 From Gorbachev to Putin: How One Cold War Ended and Another Began

As memories of the Cold War fade, and worries about a new era of tense relations between Russia and the West emerge, the moment is ripe to revisit the decades when the United States and the Soviet Union—the world’s two “super powers”—dictated geopolitical strategy, foreign policy, and economic stability.

William Taubman, the Bertrand Snell Professor of Political Science Emeritus at Amherst College, is the author of Gorbachev: His Life and Times. His biography, Khrushchev: The Man and His Era, won the Pulitzer Prize and the National Book Critics Circle Award for biography.

Co-sponsored by the departments of Russian, political science, and history. Free and open to the public.