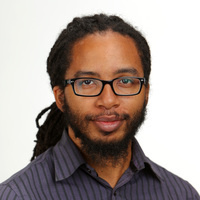 An Interpretation of The Tale of the Eloquent Peasant. Presented by Chike Jeffers, associate professor at Dalhousie University in Halifax, Nova Scotia. Preceded by a reception in the Vollum lower foyer at 4:30 p.m.

The Tale of the Eloquent Peasant is an important work of ancient Egyptian literature that Jeffers argues should be recognized as a classic work of political philosophy. In this lecture, Jeffers will expand on that point by claiming that the power of the Eloquent Peasant is best appreciated when we view it as undertaking a dialogue with two other major works of ancient Egyptian literature: The Instruction of Ptahhotep and The Instruction Addressed to King Merikare. Eloquent Peasant affirms certain claims about justice, knowledge, and society made in these texts while challenging others, thus revealing through this critical dimension the subtlety and depth of philosophical writing as a tradition in ancient Egypt.

Sponsored by the department of humanities. Free and open to the public.