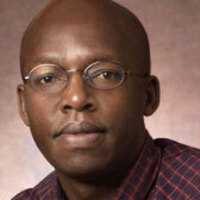 In this lecture, Evan Mwangi reads work in English and Kiswahili by such Indian Ocean writers as Clara Momanyi, Nuruddin Farah, Yusuf Kassam, and Chachage Seithy Chachage to explore the interface of posthuman ethics and environmental conservation in Indian Ocean cultures.  Using an intersectional approach, he also considers how gender, sexual and other minorities are represented in the egalitarian ecological politics of Indian Ocean literature. He argues that these authors and their texts foreground liminality between the human and the nonhuman in their treatment of most of the salient themes in the texts, including terrorism and gender and sexuality. This liminality in  aligns with the junctional state of the Indian ocean, a site of interspecies, intercontinental, and interplanetary mixings.

Evan Mwangi is Professor of English and Comparative Literature at Northwestern University, USA, and Professor (Extraordinaire) of English at Stellenbosch University, South Africa. He is the author of, most recently, Translation in African Contexts (2017) and The Postcolonial Animal (2019). He is at work on two projects: one examining the global rewritings of Heart of Darkness and the other on culture and philosophy in the Indian Ocean.

The Eddings Lecture is named for fantasy-fiction author and philanthropist David Eddings ’54.