Du Bois' Darkwater and the Power of Religious Language and Imagery 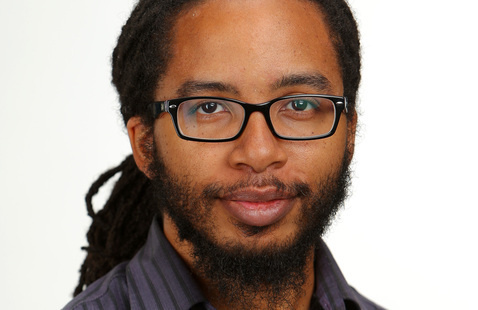 Eliot Hall, 314 View map Free Event
Add to calendar
Save to Google Calendar Save to iCal Save to Outlook

In his celebrated 1903 book, The Souls of Black Folk, W.E.B. Du Bois critically evaluates the black church as a social and political institution, suggesting that its cultural power has not been properly harnessed and that it has thus been ineffective in challenging the system of white supremacy. Against the background of this critique, Jeffers will discuss Du Bois' heavy reliance on religious language and imagery in his 1920 book, Darkwater, even at moments where he points toward the rationality of agnosticism. Jeffers will argue that, for Du Bois, there is aesthetic and moral power in religious language and imagery that cannot be forsaken even as we seek to promote the value of a scientific mindset.