Bringing Down Cancer’s Most Evasive Target 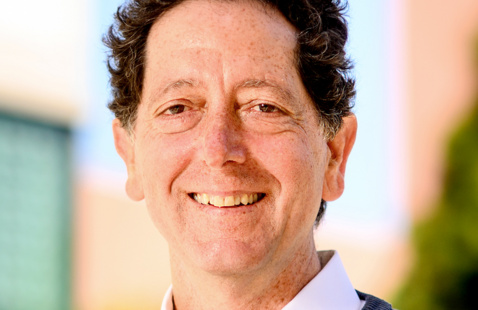 Vollum College Center, Vollum lecture hall View map
Add to calendar
Save to Google Calendar Save to iCal Save to Outlook

Kevan M. Shokat ‘86 is the recipient of the 2022 Howard Vollum Award for Distinguished Accomplishment in Science and Technology.

Shokat is a chemist who researches pharmaceutical treatments against some of the most common drivers of human cancers. He is best known for targeting a mutation that drives more than 1 in 10 lung cancers, which opened up a new arena of cancer treatment discovery. The target, K-Ras, is the most common driver of cancer and was considered “undruggable” by most cancer researchers after 40 years of failed attempts to block its function. Shokat’s discovery of a K-Ras blocker broke through this decades-old barrier and threw open the doors to a new class of cancer treatments.

Shokat’s lab at the University of California, San Francisco, is most well known for drugging the oncogene K-Ras (G12C) in 2013. K-Ras was the first human oncogene to be discovered in 1982 and remained undrugged until work from the Shokat lab. In May of 2021 the drug sotorasib— which binds to the pocket Shokat identified on K-Ras (G12C)— was approved for the treatment of lung cancer patients with this mutation. The field of K-Ras drug discovery is expanding quickly to hunt for drugs to target the other K-Ras mutants, such as those that drive colon and pancreatic cancers, which collectively represent almost 20% of all cancer patients worldwide.

Shokat is currently an investigator at the Howard Hughes Medical Institute, professor in the UCSF Department of Cellular and Molecular Pharmacology, and a professor of chemistry at UC Berkeley. Shokat received his undergraduate degree at Reed College, his PhD at UC Berkeley, and did post-doctoral training at Stanford. He was inducted into the National Academy of Sciences in 2010 and the Institute of Medicine and the American Academy of Arts and Sciences in 2011.

This event is free and open to the public.