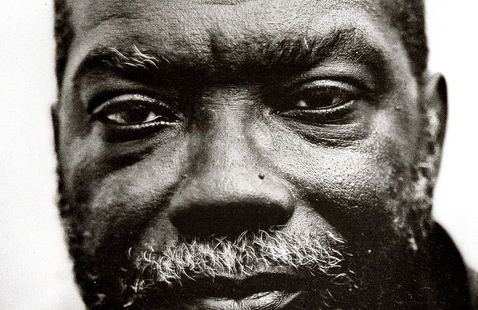 Eliot Hall, Eliot Hall View map
Add to calendar
Save to Google Calendar Save to iCal Save to Outlook

http://www.reed.edu/diversity/programming/black-history-month.html
View map
Add to calendar
Save to Google Calendar Save to iCal Save to Outlook

William Carlos Williams once wrote a book called I Wanted to Write a Poem, wherein he talks through the origins and mechanics of some of his poems. Fred Moten’s talk will do something similar, while also considering what is problematic in wanting to write a poem. What is it to want such a thing? Is “a poem” as opposed to “some poetry” a thing we should want to write? Should we want to write a poem or poetry at all, or should we actively seek these or to seek to bring these here from elsewhere? How are these questions altered or obliterated if the one who is doing the wanting, or even who wants to do that wanting differently, is black? Is the one who does that wanting a one at all?

Fred Moten is a professor of English at the University of California, Riverside, where he teaches courses and conducts research in black studies, performance studies, poetics, and literary theory. He is the author of In the Break: The Aesthetics of the Black Radical Tradition (University of Minnesota Press, 2003); Hughson’s Tavern (Leon Works, 2009); B. Jenkins (Duke University Press, 2010); The Feel Trio (Letter Machine Editions, 2014), which was a poetry finalist for the National Book Award and Los Angeles Times Book Prize and winner of the California Book Award for poetry; The Little Edges (Wesleyan University Press, 2015), which was a finalist for the Kingsley Tufts Poetry Award; and The Service Porch (Letter Machine Editions, 2016). Moten is also co-author, with Stefano Harney, of The Undercommons: Fugitive Planning and Black Study (Minor Compositions/Autonomedia, 2013) and, with Wu Tsang, of Who touched me? (If I Can’t Dance, I Don't Want to be Part of Your Revolution, 2016). His current projects include two critical texts: consent not to be a single being (forthcoming from Duke University Press) and Hesitant Sociology: Blackness and Poetry, which extend his study of black art and social life. Moten is a 2016 Guggenheim Fellow.

Faculty Students Open to the Public