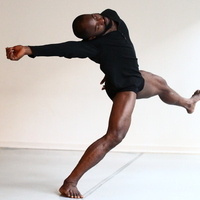 Join us for a weekend intensive workshop for intermediate and advanced dance students focusing on choreography and the creative process. Space is limited, please sign up here.