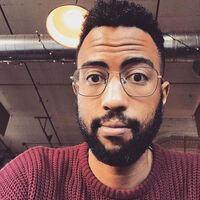 Presented by Dr. Omari Weekes, assistant professor of English at Willamette University.
In this talk, Dr. Weekes will argue that Alice Walker’s 1998 novel, By the Light of My Father’s Smile, sketched out a hemispheric Blackness that recognizes the critical importance of Mexico as a site of Black diasporic consciousness that has been underexplored despite that country’s long history of appealing to African Americans in times of oppressive crisis. This novel, much of which is set in the Sierra Madre mountains of northwestern Mexico, tells the tales of the two daughters of African American anthropologists who have travelled down to the region in order to study the Mundo Indians, a group of rather spiritual people descended from Black and indigenous settlers who escaped southward during the Civil War. In inventing this tribe, Walker asks us to consider how to best reincorporate Mexico into Black Americans’ understanding of what José Martí famously called “Our America,” reorienting Blackness’ positionality within and attachment to “America” by reinvigorating a history that has ostensibly been lost to the archive.
Dr. Omari Weekes is an assistant professor of English and American Ethnic Studies at Willamette University. His research and teaching interests focus on 20th century African American literature with an emphasis on the affective dimensions of sexuality and spirituality. His current book project, Lurid Affinities: Sex and the Spirit in Contemporary Black Literature explores how Black writers in the late 20th century register deviance and spirituality not as antipodal ideas but as imbricated components of Black life. He is also working on a second book project that thinks through how Black writers have often cast their desires southward to imagine what kinds of intimate histories are available to them in Latin American sites that hold Black and indigenous presences. His writing has been published in The Black Scholar, Post 45, n+1, Literary Hub, and other venues.