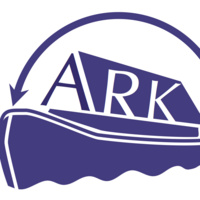 The field of natural language processing (NLP) is now delivering powerful technologies: computers can translate from one language to another, answer questions, and hold conversations. I will start by tracing the evolution of one aspect of NLP programs: how we put English (or other-language) words into computers. While I won't teach you everything about NLP, I will try to illuminate some of its toughest challenges and most exciting recent advances. I'll then turn to some current work from my group.

Speaker Bio:  Noah Smith is a Professor in the Paul G. Allen School of Computer Science & Engineering at the University of Washington, as well as a Senior Research Manager at the Allen Institute for Artificial Intelligence. Previously, he was an Associate Professor of Language Technologies and Machine Learning in the School of Computer Science at Carnegie Mellon University. He received his Ph.D. in Computer Science from Johns Hopkins University in 2006 and his B.S. in Computer Science and B.A. in Linguistics from the University of Maryland in 2001. His research interests include statistical natural language processing, machine learning, and applications of natural language processing, especially to the social sciences. Smith's work has been recognized with a UW Innovation award (2016–2018), a Finmeccanica career development chair at CMU (2011–2014), an NSF CAREER award (2011–2016), a Hertz Foundation graduate fellowship (2001–2006), numerous best paper nominations and awards, and coverage by NPR, BBC, CBC, New York Times, Washington Post, and Time.

Open to the Public, Faculty, Students