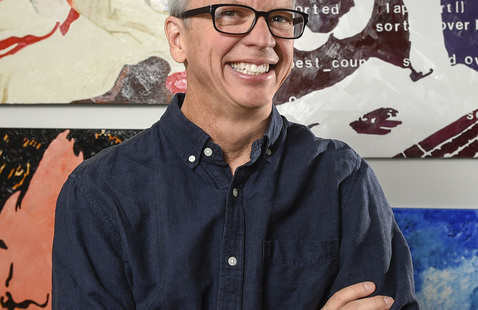 Recent Breakthroughs in Natural Language Processing, with Applications in Hollywood -

Natural Language Processing (NLP) covers anything that computers do with human language (text or speech).  I'll talk about some adventures in applying NLP to Hollywood productions that I've been involved in.  I'll also describe the core technical breakthroughs that have enabled all kinds of other NLP applications recently, including automated language translation, human-computer dialog, and question answering.

Dr. Kevin Knight is Chief Scientist for Natural Language Processing at Didi Chuxing and Dean's Professor of Computer Science at the University of Southern California (on leave).  He received a PhD in computer science from Carnegie Mellon University and a bachelor's degree from Harvard University.  Prof. Knight's research interests include machine translation, dialog processing, natural language generation, automata theory, and decipherment of historical manuscripts.  He taught computer science at USC for over 25 years, authored over 150 research papers on natural language processing, and received several best paper awards.  Prof. Knight also co-authored the widely-adopted textbook "Artificial Intelligence" (McGraw-Hill).  In 2001, he co-founded Language Weaver, Inc., a machine translation company acquired by SDL plc.  Dr. Knight served as President of the Association for Computational Linguistics (ACL) in 2011, as General Chair for ACL conferences in 2005 and 2016, and as Program Chair in 2001 and 2020.  He is a Fellow of the ACL and a Fellow of the Association for the Advancement of Artificial Intelligence (AAAI).