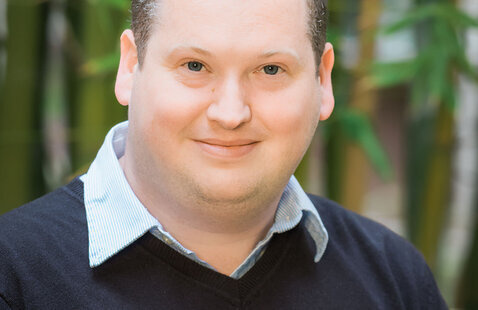 Tom Markland received his MChem in Chemistry from Balliol College, University of Oxford where he was a Brackenbury Scholar and did his thesis work in the area of non-adiabatic dynamics. He continued at Oxford for his DPhil research in the area of quantum dynamics under the supervision of David Manolopoulos. In 2009 he was awarded the Royal Society of Chemistry's Coulson Prize. After postdoctoral work with Bruce Berne at Columbia University he moved to Stanford in 2011 as an Assistant Professor in the Department of Chemistry. In 2018 he was promoted to Associate Professor with tenure. Since starting at Stanford he has been awarded a Research Corporation Cottrell Scholarship, Alfred P. Sloan Research Fellowship, Terman Fellowship, Hellman Faculty Scholarship, the ACS OpenEye Outstanding Junior Faculty Award, the Camille Dreyfus Teacher-Scholar award, the H&S Dean's Award for Distinguished Teaching, the Kavli Emerging Leader in Chemistry Lecturship, and the NSF CAREER award.

His research interests lie broadly in the development of theoretical and simulation approaches and their application to explain effects observed in the classical and quantum dynamics of chemical systems.

Harnessing the quantum mechanics of the hydrogen bond: from atmospheric science to enzyme catalysis

Abstract: The hydrogen bond is one of the most versatile units of chemical, material and biological systems facilitating water’s many anomalous properties, promoting efficient proton transport in fuel cell membranes, and endowing catalytic functionality in enzymatic reactions. The hydrogen bond arises from the interplay of the quantum mechanical behavior of the light hydrogen nucleus and its electrons. In this talk I will show how our recent developments, which allow us to efficiently simulate the quantum mechanical nature of both the nuclei and electrons, provide insights into how hydrogen bonds are harnessed in chemical and biological processes ranging from the atmospheric separation of hydrogen isotopes, to the spectroscopy and transport of aqueous protons, and proton delocalization in enzyme active sites

This event is supported by the Thomas Dunne Lectureship in Chemistry.

This event is open to members of the Reed Community and their invited guests.  Please email johnstonk@reed.edu for the Zoom password.