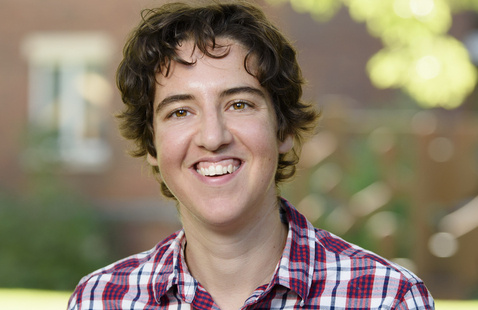 Mir Bowring is an assistant professor of chemistry at Reed College. They hold a B.S. in chemistry from Yale University, and they carried out undergraduate research in catalysis with Marisa C. Kozlowski at the University of Pennsylvania, Gregory C. Fu at MIT, and Robert H. Crabtree at Yale. After working as a high school chemistry teacher and athletic coach, they earned a Ph.D. in chemistry from the University of California, Berkeley, working with Robert G. Bergman and T. Don Tilley to develop and study platinum-catalyzed hydrocarbon activation reactions. At Berkeley, they worked with the nonprofit Community Resources for Science and served on the Chancellor's Advisory Committee on LGBT Community. Mir was an NIH postdoctoral fellow at both Yale University and University of Washington, where they worked with James M. Mayer and collaborators to observe activationless multiple-site concerted proton-electron tunneling. They arrived at Reed in 2016. Their undergraduate research group trains students to study mechanisms in organometallic catalysis, with particular focus on large isotope effects and environmental contaminants in catalysis.

Over the past five years, I've worked with 21 Reed undergraduate researchers to study how organometallic catalysts work. We investigate systems that could help generate alternative sustainable fuels. Our approach is to study their mechanisms in detail by measuring reaction rates. In particular, we want to know why some reactions have large isotope effects - proceeding far faster than expected when hydrogen is used compared to its isotope deuterium. We found that a hydrogen gas generation reaction slows down by surprising amounts not only when hydrogen is changed for deuterium, but also when other changes are made, suggesting a hidden complex mechanism. For a reaction releasing methane, we found that we are able to control the isotope effect based on concentration, which also points to hidden reaction steps. Meanwhile, we developed a quantitative method for testing how effective glassware is for keeping out air. Finally, we are working on recycling palladium from road dust as a catalyst. This talk will provide a brief overview of all our work in the area of mechanistic organometallic chemistry.