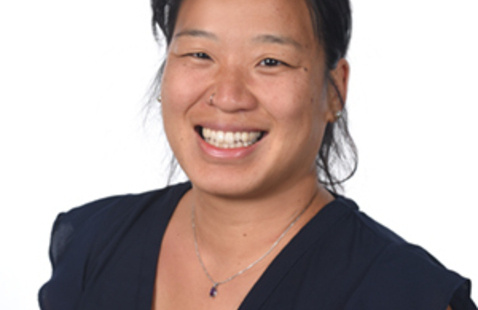 Jenny Y. Yang is a valley girl (born and raised in San Fernando Valley). She received her BS at UC Berkeley (research with Professor Jeffrey R. Long) and completed her doctoral studies at MIT under the guidance of Professor Daniel G. Nocera. After her postdoctoral position with Dr Daniel L. Dubois at the Pacific Northwest National Laboratory, she was hired as a research scientist in the Center for Molecular Electrocatalysis. After a subsequent position as a scientist at the Joint Center for Artificial Photosynthesis, she started her current position as a faculty member at the University of California, Irvine. Jenny's research interests include the discovery and study of inorganic electrocatalysts for the generation and utilization of chemical fuels. Current and prior research includes oxygen activation, hydrogen production and oxidation, and carbon dioxide reduction. These studies have primarily focused on the effect of bio-inspired secondary coordination sphere interactions and the effect of thermochemical properties on catalytic activity.

Electrifying the Secondary Coordination Sphere: Proximal Cations and Their Effect on Redox Reactivity

Abstract: Non-redox active metal cations play a key role in a diverse set of biological and synthetic transition metal complexes that mediate redox activity. One of their proposed roles in promoting reactivity is by tuning the redox potential of the reaction site. We investigated whether non-redox active cations engender this change through an inductive effect, which would change the electronic structure of the redox active cation, or through an electrostatic effect, which would uniformly shift the molecular orbitals on the redox active metal due to the electric field potential of the proximal cation. Our study, which utilized a Schiff base ligand with an appended crown-like functionality that incorporates a variety of alkali and alkaline earth metals, indicates an electrostatic effect is likely dominant. Also discussed will be the effect of the electric field on reactivity and thermochemical properties.

This event is supported by the Thomas Dunne Lecture Fund.

This event is open to the public. Please email johnstonk@reed.edu for the Zoom password.