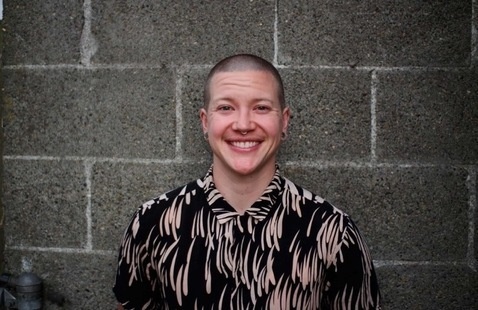 Dr. Irving D. Rettig (he/they) is an inorganic chemist and postdoctoral researcher in the Bowring lab at Reed College studying the nature of large kinetic isotope effects in organometallic protonolysis reactions. He received his bachelor's degree in Chemistry from Pitzer College in 2014 and completed his PhD in inorganic photochemistry in May of 2021 with Dr. Theresa McCormick at Portland State University. Dr. Rettig is a founding member of the "Name Change Policy Working Group" (NCPWG), a group comprised of transgender/genderqueer academics and cisgender allies that collaborates with journals and publishers to adopt more inclusive name change policies on publications that better accommodate transgender authors. He is also a member of the Committee on Publication Ethics (COPE) subgroup on name change policies, which is developing new guidance on name change policies for all 12,000+ of its member journals.

From Tellurium to Trans Activism: Adventures into a Complex Chemistry Identity

This talk will encompass the identity of a researcher both inside and outside of the lab, showcasing the importance of bringing the macroscopic lens of activism to the microscopic world of chemistry. Beginning with the research lab, the role of tellurium-containing compounds in photocatalysis and photon-to-chemical energy conversion will be discussed. Aerobic oxidation photocatalysis involves the use of a light driven catalyst coupled to oxygen activation to achieve useful chemical transformations. Initially developed for use as photodynamic therapy agents, tellurorhodamine dyes, like their oxygen-containing predecessor rhodamine, can act as aerobic photocatalysts that use self-sensitized singlet oxygen (1O2), a reactive oxygen species (ROS), to oxidize chemical substrates. To modify this catalyst for use in solar energy harvesting, a new class of tellurorhodamine dye was developed that has a unique dual absorption pattern in the blue and red regions of the visible spectrum. The design of this new dye was based on the structure of an asymmetric fluoran derivative that contains a 3-methyl-4-alkylamino substitution pattern, giving the xanthene moiety distinct asymmetry. The role of the tellurium derivative’s "asymmetric" motif in modifying the photophysical properties of the dye as well as the route to successful dye synthesis will be discussed. While conducting this research at Portland State University, the author Dr. Irving Rettig ran into a major hurdle not pertaining to the lab but to an unspoken status quo, that, until 2019, no publishers formally allowed any authors to change their names on previously published papers. As a transgender chemist who had published with his deadname before transitioning, Dr. Rettig began to speak up and call for change, finding a small group of transgender authors fighting for the same cause. Two years later, as a co-founder of the Name Change Policy Working Group (NCPWG), Dr. Rettig and his colleagues have helped over 50 publishers with a combined 10,000+ journals to introduce trans-inclusive name change policies that allow this. This talk will additionally chronicle how the NCPWG has created this sea change, how these new policies improve the process of retroactively updating authorship, and what improvements are still necessary to create a fully trans-inclusive publishing ecosystem.

This event is open to members of the Reed Community and their invited guests.  Chemistry Students can access the Zoom link via the Chemistry Majors Moodle. If you are unable to access the Moodle please email johnstonk@reed.edu for the Zoom link.