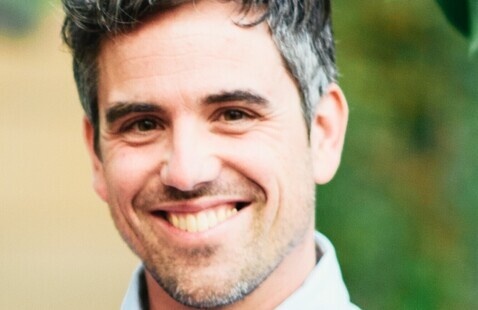 Christo Buizert is an assistant professor in the College of Earth, Ocean and Atmospheric Sciences at Oregon State University. His work aims to reconstruct and understand past climate change and atmospheric composition, using deep ice cores from Greenland and Antarctica. One of his main research interests is abrupt climate change of the last ice age and its impact on global climate, atmospheric circulation, and biochemistry. He is part of the NSF-funded Center for Oldest Ice Exploration (COLDEX), which explores Antarctica for the oldest possible ice core records of our planet’s climate. In 2012, Buizert obtained a PhD in geophysics from the Niels Bohr Institute at the University of Copenhagen, Denmark.

Postcards and text messages from the North Atlantic: climate teleconnections during past abrupt climate change

Weather patterns in one part of the Earth can have direct and important consequences for weather elsewhere. Such weather and climate correlations over long distances are called teleconnections. A well-known example is the El Niño-Southern Oscillation (ENSO) pattern that occurs in the equatorial Pacific Ocean, yet impacts the global distribution of rainfall including the strength of the Indian monsoon.

During the last Ice Age, Earth’s climate experienced the so-called Dansgaard-Oeschger (D-O) cycle, a series of extremely abrupt and severe climate change events. As part of this D-O cycle, the North Atlantic region experienced a rapid succession of cold (stadial) and warm (interstadial) periods. Each phase had a duration of hundreds to thousands of years, with transitions between them that happened within a few decades. The common scientific view is that these D-O events are linked to changes in northward heat transport by the Atlantic Meridional Overturning Circulation – a system of ocean currents of which the Atlantic Gulf Stream is a part.

In this talk I will discuss the teleconnection patterns by which abrupt North Atlantic D-O events impact the climate of the southern hemisphere (SH) high-latitudes. Using ice core records from both Greenland and Antarctica synchronized via volcanic deposits, we can clearly distinguish the operation of both a slow oceanic teleconnection, and a fast atmospheric one.

The slow oceanic teleconnection, called the thermal bipolar seesaw, consists of opposite hemispheric temperature changes, with an Antarctic warming trend seen during the cold D-O stadials and an Antarctic cooling trend during the warm D-O interstadials. This teleconnection mode has a north-to-south propagation time that exceeds a century. Superimposed on the slow oceanic mode we observe an abrupt atmospheric teleconnection that has a climatic impact that is nearly synchronous with the abrupt Greenland D-O events. Based on several lines of evidence, we suggest that this atmospheric mode is associated with meridional movement of the SH westerly winds.

The presented work can help us understand climate dynamics and coupling on timescales that are much longer than can be provided by observational records from weather stations and satellite observations.

This event is supported by the Thomas Dunne Lecture Fund.