Can Works of Great Literature Help Us to Understand Inequality? 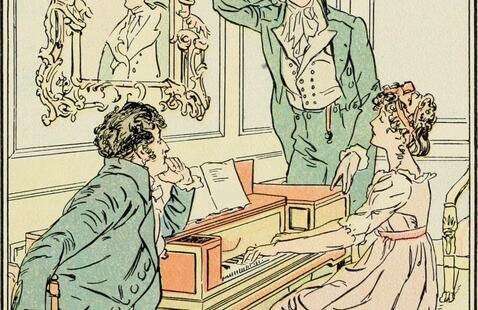 Vollum College Center, Vollum lounge View map
Add to calendar
Save to Google Calendar Save to iCal Save to Outlook

The recent rise of extreme high-end wealth inequality, to levels unprecedented since the late nineteenth century Gilded Age, raises sociological as well as economic issues. In this lecture based on a forthcoming book, law professor and novelist Daniel Shaviro discusses how great works of literature, by the likes of Jane Austen and Charles Dickens, can help us to understand our inequality as well as theirs.

Daniel Shaviro, the Wayne Perry Professor of Taxation at NYU Law School, is a graduate of Princeton University and Yale Law School. Before entering law teaching, he worked at Caplin & Drysdale, a leading tax specialty firm, and at the Joint Congressional Committee on Taxation. Shaviro began his teaching career at the University of Chicago Law School in 1987, and he joined the New York University School of Law in 1995.

In addition to his scholarly work, Shaviro has published a novel, Getting It (iUniverse, 2010), and he has a blog.

Sponsored by the department of economics. The talk will be followed by a reception. Free and open to the public.