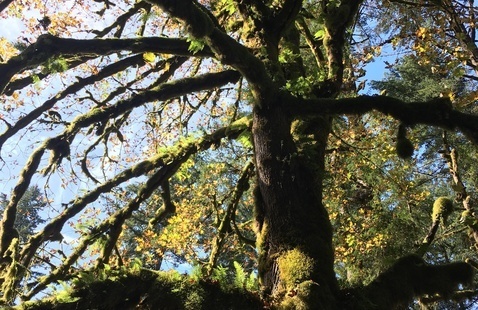 Biology, Biology 19 View map Free Event
Add to calendar
Save to Google Calendar Save to iCal Save to Outlook

http://www.reed.edu/biology/seminars/index.html
View map Free Event
Add to calendar
Save to Google Calendar Save to iCal Save to Outlook

Stephanie Gee - The Effects of Low Dose Gamma Radiation on Zebrafish Development
Although the effects of high doses of ionizing radiation have been extensively documented, the biological effects of low dose radiation (LDR) less than 1 Gy are still debated. To investigate how LDR affects vertebrate development, zebrafish (Danio rerio) were exposed to 200 mGy gamma radiation 4 days post fertilization. At 5 and 9 days post fertilization, irradiated larvae demonstrated a radioprotective "melanocyte umbrella", an increase in macrophages, and a decrease in erythrocytes. Determination of the effects on central and peripheral nervous system development are in progress.

Shawn Owens - DNA  Damage, Xenopus Telomerase, and Debugging Western Blots
DNA damage has been shown to cause increases in telomerase activity in various human cell lines. However, the same phenomenon has not been investigated in Xenopus laevis. Xenopus laevis is known to differ greatly from humans in terms of telomerase activity. My thesis project has been to investigate whether or not this phenomenon also occurs in Xenopus.

Purna Post-Leon - Barking Up the Right Tree: Bark Water Uptake in Bigleaf Maple, Douglas-fir, and Coast Redwood
Water moves upward from the roots through the xylem of a tree because of the negative water potential gradient that forms when water evaporates from stomata during gas exchange. The taller the tree, the more negative the crown water potentials must be in order for water transport to still occur, effectively drought stressing the crowns of the tallest trees. However, a 2015 study on Coast Redwoods suggests that these trees may be able to mitigate drought stress by absorbing water through the bark of crown branches. It is unknown if bark water absorption occurs in other tree species, or if the presence of epiphytic mosses and lichens can serve to mediate this process. I am investigating bark water absorption in two additional species of trees common in the Pacific Northwest: Douglas-fir, because of its height, ubiquity, and economic importance; and Bigleaf Maple, because of its unusually high epiphyte yields. My preliminary results suggest that some degree of bark water absorption occurs in Bigleaf Maple.

Aidan Teran- Not your father's frisbee: An investigation of SPECC1L Drosophila homologue, Split Discs
My thesis involves the study of the protein Split Discs, and investigating what it's binding partners are and how these interactions occur. My talk will explore the domain architecture of Split Discs, and review my data thus far - as well as my hypotheses for what is going on!