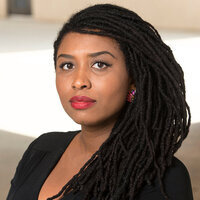 Architectures of the Flesh

Zakiyyah Iman Jackson is the author of Becoming Human: Matter and Meaning in an Antiblack World (NYU Press, 2020). Her research explores the literary and figurative aspects of Western philosophical and scientific discourse and investigates the engagement of African diasporic literature and visual culture with the historical concerns, knowledge claims, and rhetoric of Western science and philosophy. Jackson has published in Feminist Studies; Qui Parle: Critical Humanities and Social Science; Catalyst: Feminism, Theory, Technoscience; South Atlantic Quarterly (SAQ); e-flux; and twice in Gay and Lesbian Quarterly (GLQ).

Register for the virtual event here.