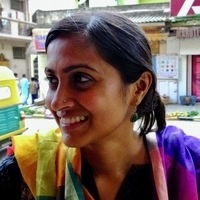 Join us for a lecture by Radhika Govindrajan as part of the spring Anthropology Symposium. Free and open to the public.

"More-Than-Human-Democracy: On the Political Lives of Cows, Rivers, and Mountains in Contemporary India"

This talk draws on ethnographic fieldwork among gau-rakshaks (cow-protectionists) and villagers in India’s Central Himalayan state of Uttarakhand to explore the possibilities and limits of more-than-human politics. It seeks to understand how the specific terms on which nonhumans are recognized as political actors shapes the politics of more-than-human politics. More specifically, this talk asks what is at stake for right-wing cow-protectionists in having the cow constitutionally reclassified as “mother” instead of “animal”. What does this particular gesture of kinship allow us to understand about the dark side of seemingly expansive political movements grounded in human kin relations with what might be called “nature”?

Radhika Govindrajan is an Assistant Professor of Anthropology at the University of Washington. She is the author of the book Animal Intimacies: Interspecies Relatedness in India’s Central Himalayas, published by the University of Chicago Press in 2018.