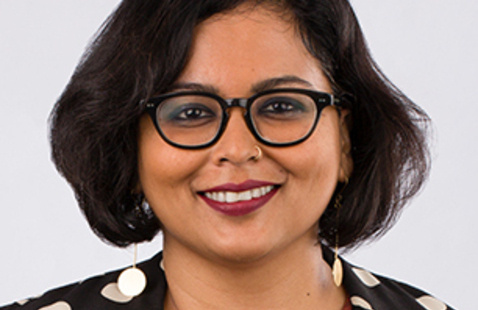 Nusrat Chowdhury - "Mobs and Megaprojects: The Political Lives of Development in Bangladesh"

This talk is based on Chowdhury's current book project that contemplates the postcolonial trajectories of development and democracy. The focus is on a river bridge in Bangladesh which is the country’s largest development project and also one of its most expensive. In 2011, the World Bank suspected possible corruption and decided to withdraw funding. A court later dismissed the case in absence of acceptable evidence, labeling it as hearsay and rumor. In 2019, multiple people in Bangladesh were publicly killed in mob violence based on a rumor that the bridge needed children’s heads for faster completion. Chowdhury asks three questions on the basis of this set of events: How do rumors, a set of utterances without clear authorship or audience connect the local, national, and global contexts within which the bridge emerges at once as an ideal and a scandal? What ideas of legitimacy, justice and sacrifice are activated at these disparate sites that in turn shape politics and policies? And, what do their entanglements and afterlives tell us about the political and economic imaginations in the postcolony? While infrastructural development thrives on and energizes visibiliites, language is often seen as a supplement to the visual. By rethinking this relationship, she argues that aurality, as much as visibility, is constitutive of the connections forged through these events.

Nusrat S Chowdhury is Associate Professor of Anthropology at Amherst College. She studies and teaches on topics related to popular sovereignty and political communication. Her first book, Paradoxes of the Popular: Crowd Politics in Bangladesh (Stanford University Press, 2019), is an anthropology of crowd politics. Her current book-length research explores the concept of sacrifice in relation to development megaprojects by looking closely into the role and the ruse of language - of rumor, policies, politics, and international law.